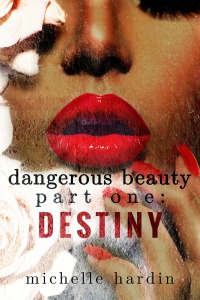 After the tragic death of his mother, Nathan Salerno has decided to live a life devoid of love. Shutting everything else out, his main purpose has become pleasing his father- the highly feared Don of the Salerno Crime family- and preparing to one day become the leader of a massive criminal organization. As the anniversary of his mother’s murder drew near, Nathan prepared to do what he did every year during that time– disappear. When his childhood friends convinced him to join them on a vacation instead, Nathan’s life was changed forever.
After witnessing the tragic death of her father, a notorious hit-man, Carter Steele has fled the life she once knew and is now trying her best to adapt to a life of living in the shadows. After years of making countless mistakes, she finally moved to a popular vacation spot- Hope Beach- under a new identity, in hopes of becoming a different person … a better person. Her new life was far different from her previous, and hiding her true identity has proved to be harder and lonelier than she’d ever expected.

All it took was a moment … a second, one fleeting glance and they had both fallen.
Dangerous Beauty: Destiny is a story of fated lovers, meeting, growing, and embarking on the wild ride life takes them on hand in hand …
Not your average Mafia Romance, the Dangerous beauty Series is packed with drama, action, murder, romance, family, and tons of humor, guaranteed to keep you entertained and on the edge of your seat until the very end. 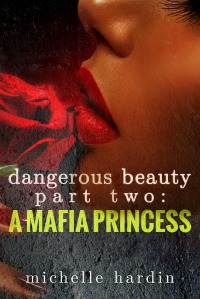 Carterina Anastacia Stone wakes up from the most terrifying experience of her life to find that her life has been totally flipped upside down. Nathan Salerno is her gorgeous fiancé she can’t remember even meeting, and the mother she thought abandoned her, is demanding to be a part of her life.

Lies. Secrets. The truth. Each of them has a deadly consequence that seem to guarantee that Nathan and Carter will have to spend their entire lives looking over their shoulders. Carter feels like a walking target and Nathan’s determined to make her feel safe again. While revelations threaten to pull them apart, Carter and Nathan fight hard to keep their love strong. 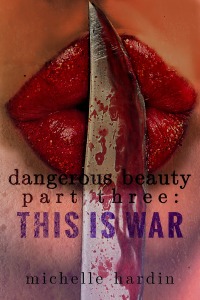 There was an attack, a gun, a deserted Russian road, and phone call.
The Salerno Organization was attacked. Carterina was taken, and despite their best efforts, she was not saved.
Taken … Carter was taken, and she could possibly be carrying his child.
Seven days, and still no Carterina … Seven days later, and Nathan still had no idea where his wife was.

To what lengths would a man go to get back the love of his life? Well if you’re Nathan Salerno, you’ll shake up the entire criminal underworld…

The love of his life has been taken, and imprisoned by none other than the man that killed his beloved mother, and after days of searching for his wife with no results, Nathan Salerno has finally reached his breaking point. Strategy, and patience have been abandoned and Nathan has chosen to embraced insanity. No one is safe from the hell that he has bestowed upon the underworld, and he has no plans of stopping until Carterina is returned to him safely.
But when an unexpected twist takes Nathan by surprise and brings the war to an abrupt stop, Nathan is faced with new challenges, a sudden change of direction, and the shock of a lifetime …
Carterina Salerno is stunned. Frozen in time, and unable to move. All she remembers was being brought to the castle, being locked in a room for four days, and then she was here … completely immobile, and staring into a pair of hazel-green eyes identical to her own. Even as the sound of her biological father’s yelling drew closer, she stood still… Who is he? Where did he come from? And, why the hell does he look so much … like me?
The action-packed love story of a Mafia boss’s son and a hit-man’s daughter has finally reached the point where things come full circle. Lingering Question are finally answered, hidden secrets are revealed, new journeys are embarked upon, and new romances are on the horizon. The size of TWO

The size of TWO full length novels, Dangerous Beauty Part Three: This is War is packed with action, romance, humor, and jaw-dropping drama that will surely keep you on the edge of your seat.
Nathan and Carter’s saga comes to an epic, and beautiful end in book three of the Dangerous Beauty Series. Nathan’s ascension to power hits a new height while Carter’s own rise to power just begins. With all of their new responsibility both at work and at home, Nathan and Carter work together to try and find a balance, while simultaneously fighting an unpredictable war with the relentless and clinically insane, Silas Steele.

This site uses Akismet to reduce spam. Learn how your comment data is processed.